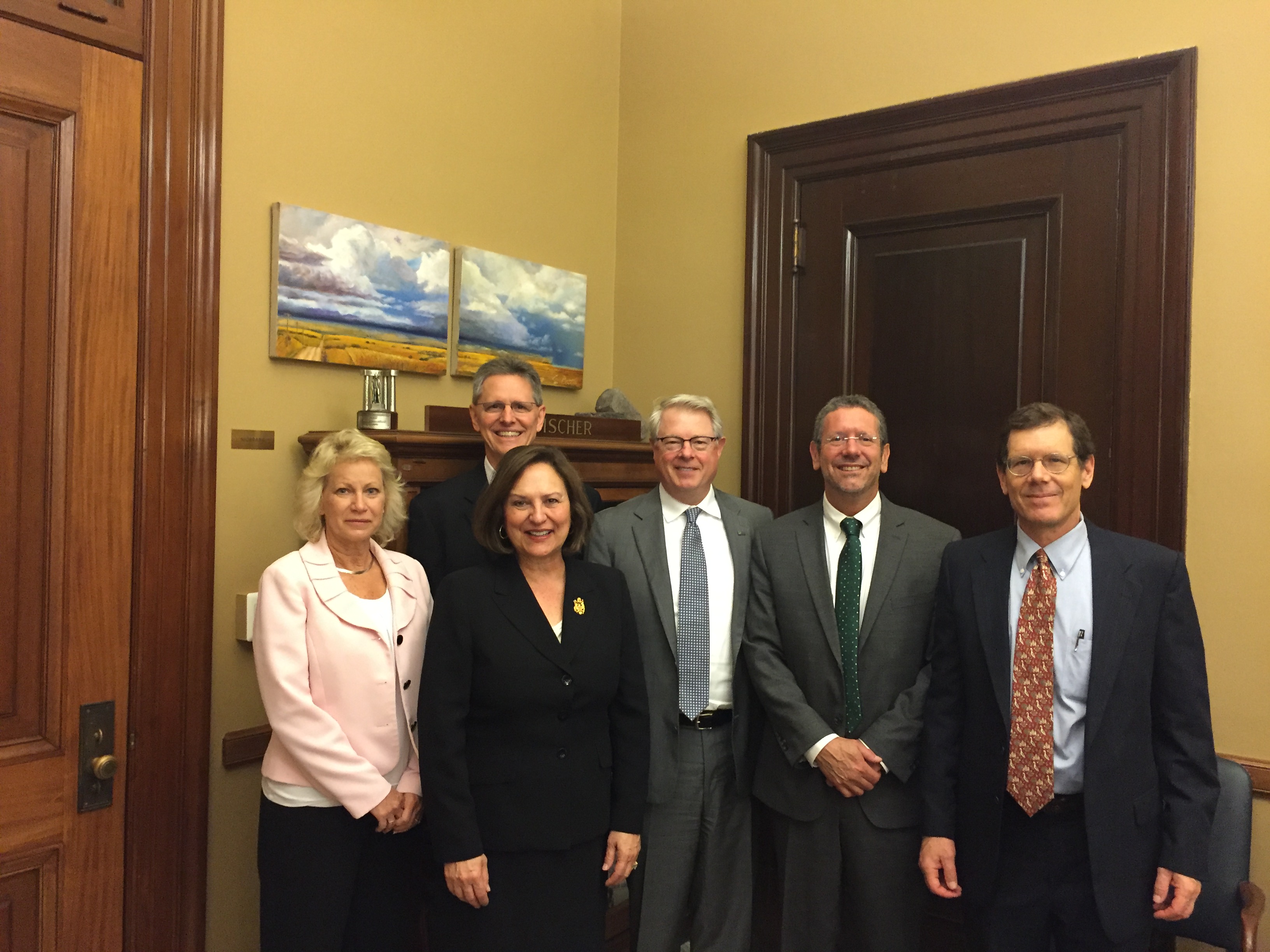 RFN producer members from Pacific Ethanol, E. Energy Adams, Trenton Agri Products, and Siouxland Ethanol had the opportunity, while in Washinton, DC earlier this week to personally thank Senator Deb Fischer (R-NE) for her unwavering and steadfast support for ethanol.

Senator Fischer is a key champion of the domestic ethanol industry, and is the chief sponsor of the Consumer and Fuel Retailer Choice Act, S. 517.  The legislation extends the Reid vapor pressure (RVP) waiver to ethanol blends above 10 percent. S.517 also increases market access opportunities in Nebraska for higher blends of ethanol.  It also allows retailers in Nebraska to sell E15 all year, increasing regulatory certainty and eliminating confusion at the pump.  This legislation will usher in greater consumer access to E15 into the Nebraska market.

Senator Fischer has also been a leader in facilitating countless Senate sign on group letters to the Administration on a host of other issues, as well as extending her strong leadership on the Senate's Environmental and Public Works Committee.

We greatly thank Senator Fischer for her support!